Humphrey Management finished up its second quarter continuing its emphasis on building thriving community and employee relationships with a number of noteworthy occasions and activities.

In April the 2015 Annual Conference was held at Turf Valley in Ellicott City. Team members from the corporate office, community managers, and service professionals learned from informative workshops given by their peers and vendors. The Hawaiian theme provided a colorful backdrop and suggested dress for attendees of the Awards Dinner.  A lively entertainment show by Polynesian dancers was a highlight of the evening.  Awards were presented to many teams and team members for their dedication and service to our customers.  The winners of our most coveted awards both hailed from the community of Heritage Park located in Fredericksburg, VA. Congratulations to Melissa Jones who was awarded the 2015 Community Manager of the Year and to Kevin West who was awarded the 2015 Service Manager of the Year.

The HAI Steppers continued our support of the Baltimore NAMI Walk for the second consecutive year on Saturday, May 16, 2015 on behalf of the outstanding organization of The National Alliance on Mental Illness.  NAMI and its affiliates are dedicated to raising awareness about mental illness and providing essential education, advocacy and support group programs for people living with mental illness, their family and friends.  We are proud that the HAI Steppers placed third in the state of Maryland in fundraising and our Team Captain, Jane Wasser ranked #1. The team raised $7,055 which was 118% of our goal. 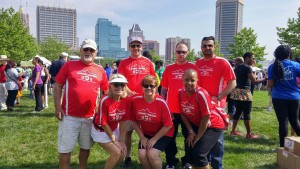 Throughout May, every Humphrey Management community team participated in “Community Connections,” for the fourth year in support of our Foundation #3.  This program is designed to perform hands on work with community based organization in our neighborhoods. Individual community team dedicated an entire day working at organizations such as local shelters, parks, and food banks. 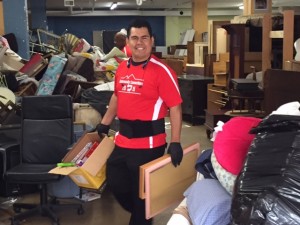 The largest team, the Corporate Office spent the day at Second Chance in Baltimore helping to reclaim wood boards and sorting doors for reuse. Humphrey Management’s 210 team members collectively worked over 1,425 hours this year through the Community Connections.

Big congratulations went out to an 8-year old resident of Fireside Park Apartments in Rockville, MD. The resident won the grand prize winner in this year’s Housing Association of Non Profit Developers (HANDS) Art Contest as a result of successfully demonstrating the “Who needs housing?” theme. The winner presented her art work at the annual meeting in Washington, D.C. on June 23rd and received a $250 cash prize. 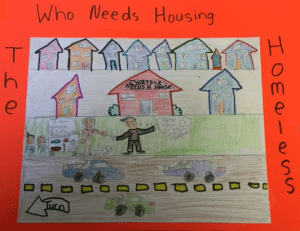 In June Humphrey Management placed among the Top Workplaces by The Washington Post for the second year in a row. This recognition complements previous designations from the Baltimore Sun in 2013 and 2014. The independent survey asks employees throughout the region to evaluate their employers on a host of factors, including the quality of leadership, pay and benefit practices, and work-life balance issues.

At Humphrey Management, we strive to deliver exceptional customer service every day.
Our residents’ experiences are extremely important to us.

"This institution is an Equal Opportunity Provider."